We are living in unprecedented times.
Especially for older folks, who just can’t wrap their heads around the rapid fire changes we’ve started to see in culture and medical practice.
In the midst of the Delta wave, an elderly couple called my office and set up an appointment.
They had both been diagnosed with COVID-19 infections by a local Urgent Care doc in their small town.
They weren’t too sick, it felt like a run of the mill early flu to them, but they were very frightened by having COVID-19.
In any other year they would have gotten some reassurance and prescriptions.
Often Urgent care docs might prescribe a Z-pak (even though they knew it wasn’t recommended for viral infections), and to help with chest congestion and wheezing a steroid inhaler, albuterol or mucomyst.
For the cough maybe tessalon perles or prescription cough syrup, for nasal congestion maybe some prescription strength flonase.
They were expecting all that and maybe more, maybe some of the hydroxychloroquine they had heard so much about.
The doctor told them there was nothing he could do for them. They would have to go home and wait.
If things went south they would need to go to the hospital.
On the way out the door he handed them a card with a hand written number scrawled on the back and told them, call this number, they can help you.
The couple explained this to me and asked me if I worked for the Urgent Care.
I said no, I didn’t even know the doctor who had referred them, but many doctors around the country who worked for large corporate practices had been told in no uncertain terms that they could not prescribe anything specifically for COVID-19, and it seemed in some cases not even the usual meds often prescribed for symptoms.
The couple got the medication they needed, but could not believe that the doctor in the Urgent Care had been forced by policy not to prescribe something he believed would work and instead send them to someone online who he did not even know in order to get the meds he believed they actually needed.
This conversation has played out many times during this pandemic.
These situations have delayed care and threatened patients’ lives.
Physician autonomy has been stripped away by top down medical mandates. And patients are suffering because of it.

Long COVID patients are coming out of the woodwork. Many have been desperately seeking answers for months. Symptoms are frequently

COVID Care: Beyond IVM and HCQ

Many patients have remarkable results with Ivermectin and the FLCCC protocol of vitamins, but some patients arrive late and very sick

I’ve been at the forefront of treating and preventing COVID-19 online since early December 2020 when, Dr Pierre Kory of the Frontline

Everyone needs stress-free, hassle-free healthcare and a good doctor. Get yours now. 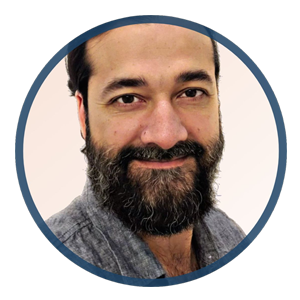 Get Out of Jail Free Card

Your registration is complete. You will immediately receive an automated email from our team and another one within 12-24 hours with your login information for our patient portal, where you will be able to ask questions and message with our medical team completely free, as well as complete payment for our consultation fee so we can process your prescription. Click anywhere to see a video message from Dr. Haider.